Increasing the capacity to 100,000 pilgrims, starting Friday - Ministry of Hajj

Increasing the capacity to 100,000 pilgrims, starting Friday - Ministry of Hajj

The Ministry of Hajj and Umrah in Saudi Arabia announced that, starting Friday (1st October), the capacity will be raised to 100,000 pilgrims and 60,000 worshipers per day, Book your permits through Tawakkalna application.

Earlier this week, The General Presidency for the Affairs of the Grand Mosque and the Prophet’s Mosque has prepared the first floor and the roof of King Fahd’s expansion to coincide with the increase in the number of worshipers and visitors to the House of God, during the Umrah season, in a way that ensures the provision of the finest services to the pilgrims. Trending : No need of permit to perform prayer in Prophet's Mosque
- The Director of the Doors Department at the Grand Mosque, Fahd Al-Maliki, explained that the administration has raised all its preparations to receive worshipers and visitors to the House of God in the expansion of King Fahd on the first floor and the roof.
- He added that, more than 100 door observers has recruited, in preparation for the opening of (King Fahd’s Gate Staircase, Shubaika Staircase, Gate 74, 84), according to the management plan that focuses on precautionary measures and providing a healthy and safe environment that guarantees the safety of pilgrims to the Grand Mosque when they arrive to perform rituals and worship. Recommend : Umrah permits opened for over 12 years old 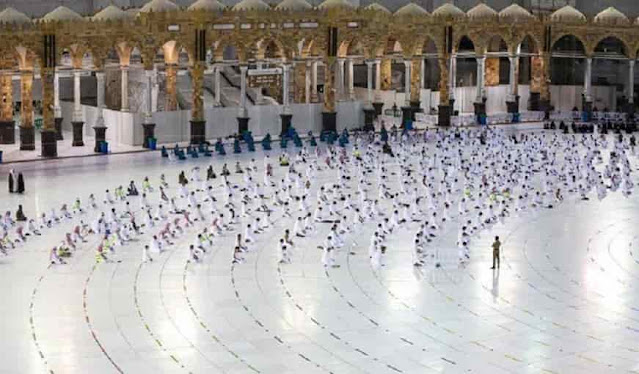