The National Center of Meteorology in Saudi Arabia expected the Kingdom's atmosphere to be indirectly affected by the tropical situation, hurricane Shaheen, during the next 48 hours, through rain for several days, covering seven regions, starting from Monday.

The Meteorology Center said that the atmosphere of Kingdom may be indirectly affected by the tropical situation, Shaheen, as it is expected that an air depression will form, causing rain that will last for several days, in the southern parts of the Riyadh and Eastern regions.
- Then the rains will extend to the regions of Najran, Asir, Jazan, Al Baha and Makkah Al Mukarramah, as of Monday. Trending : Immunization with 2 doses must from 10th October to enter public events, boarding flights and public transportation in Saudi Arabia
- The Meteorology center explained that the direct effects of Storm Shaheen include the Sea of Oman and parts of the Sultanate of Oman and the United Arab Emirates, and include very heavy rain, high-speed winds and high waves.

- The Omani authorities issued a decision to grant employees in the administrative system leave on 3rd and 4th October (Sunday and Monday). An official holidays for employees in units of state's administrative system and other legal persons and workers in private sector companies.
- The Omani authorities excluded the governorates of Dhofar and Al Wusta due to the exceptional climatic conditions in the Sultanate. Recommend : Ministry of Health sends a message to 2 groups

- The Civil Aviation Authority of the Sultanate of Oman issued a warning of the progress of Cyclone Shaheen from the coasts of the Sultanate, where its indirect effects began, while its direct effects begin Tomorrow, Sunday, and cause flooding of valleys and the possibility of sea water extending to land.
- The authority added that the storm will directly impact coastal areas, including the capital Muscat from Sunday. Follow Saudi Expatriates on Telegram 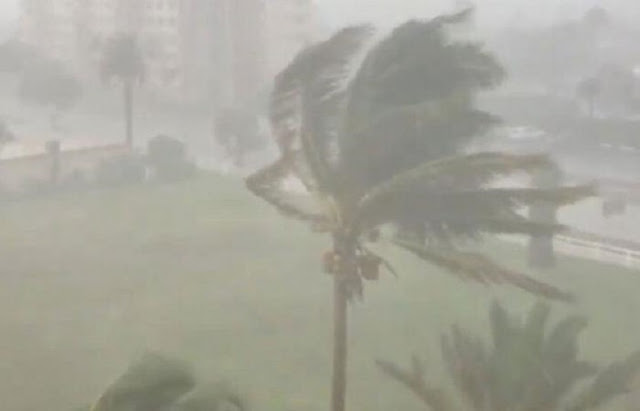