The Ministry of Health in Saudi Arabia announced a slight decrease in the number of critical cases to 77 in hospitals due to the Corona virus, a decrease of only 2 cases since Yesterday.

The Ministry also announced that it has given more than 45.42 million (45,424,344) doses of Corona vaccine to Saudi citizens, resident expatriates and visitors all over the Kingdom through its 587 vaccination centers.
- Today (On 25th October), Saudi Arabia reported just 51 new Corona infections, 56 new recoveries and 2 deaths in the last 24 hours, the infections were detected after conducting 40,078 Corona tests. Trending : Saudi Arabia extends validity of Visit visas until 30th November for visitors in suspended countries
- So far the Kingdom has performed 30.09 million (30,095,906) corona tests, the total corona infections in the Kingdom reaches to 548,303 of which 537,338 recovered while 8,780 people left this world due to the complications with the virus.

- The official spokesperson for the Ministry of Health, Dr. Muhammad Al-Abdali, had praised, earlier, the active role of community awareness and cooperation shown by members of society of various segments and categories, and their commitment to precautionary measures, which was positively reflected in the rise in the number of vaccinated people in the Kingdom.
- Yesterday, Al-Abdali, said that there is no conflict between the Corona vaccine and the seasonal influenza vaccine, even if the two vaccines were taken on the same day. Most Viewed : Ministry reveals the position of Corona vaccine for below 12 years

- He added that, switching between vaccines can help combat the corona variants, Because as the virus mutates, the part of the vaccine that is targeted can change, which could make the vaccine less effective.
- The health spokesperson also explained that among the benefits of the second dose of the Corona vaccine are, a decrease in the probability of infection with the virus by 95%, reduction or absence of symptoms when infected with the virus, reducing the chances of infection, reducing the chances of infection with the delta variant, and restore lymph nodes and tissues to interact with the vaccine. Follow Saudi Expatriates on imo 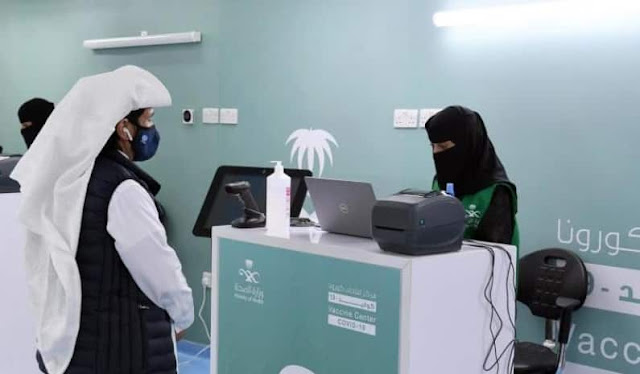