A court in Saudi Arabia received a criminal case against an expat woman who impersonated her dead Saudi sister and lived in the Kingdom for 19 years using her national identity.

The incident came into light after a female relative raised a complaint against the girl after a dispute between them. A female relative who lodged the complaint informed the security authorities about the misuse of ID of her dead Saudi sister.
- During interrogation, the expat woman stated that her sister was married to Saudi man and she got Saudi citizenship, but as she fell ill, she went to her origin country and died there. After her burial, the husband came and married the accused then entered the Kingdom with the identity of her dead sister. Trending : Ministry of Interior clarifies the position of non-vaccinated of the groups excluded from institutional quarantine
- She lived in the Kingdom for the last 19 years using her sister's identity and most of his relatives knew about this fact, but the complaint was raised from one of her relatives and reported her and her case was exposed to the concerned authorities.

- The woman continue to using her sister's identity as Saudi national even after the death of her husband. She said only those who were close to the family knew of the identity theft, and impersonation continued until the case was raised with security authorities.
- A criminal case was registered against the woman for using a forged document under Article 19 of Criminal Procedures. Then the forgery was dropped as per the Article 27, due to the statute of limitations and passage of 10 years since the forgery occurred.
- The general criminal case against her husband was dropped due to his death, as per the Article 22 of the code. Follow Saudi Expatriates on Telegram 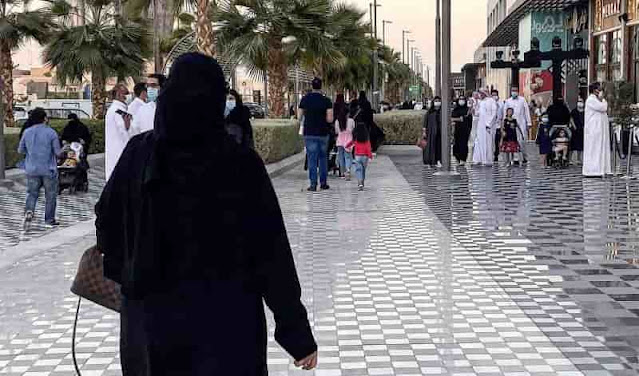