Jawazat warns Expats against Self-Employment and revealed its 3 Penalties

Jawazat warns Expats against Self-Employment and revealed its 3 Penalties

The General Directorate of Passports (Jawazat) in Saudi Arabia warned self employed expatriates, stating that this is a violation of regulations and requires a prison sentence and a fine. Follow Saudi Expatriates on Whatsapp Group

Saudi Jawazat through its official Twitter account stated that, the self-employed expatriates in the Kingdom will be subject to the following penalties.
1. A fine of up to 50,000 Saudi Riyals.
2. Imprisonment for up to 6 months
3. Deportation. Trending : Vaccination with 2 doses is must from 10th October to enter government and private facilities

- The General Directorate of Passports also called everyone to report the violators of residency and border security laws, call and report on the below numbers.
* 911 for Makkah and Riyadh region
* 999 for the rest of the regions of the Kingdom. Read : 9 cases in which Saudi Labor Law allowed to Terminate worker without Service award 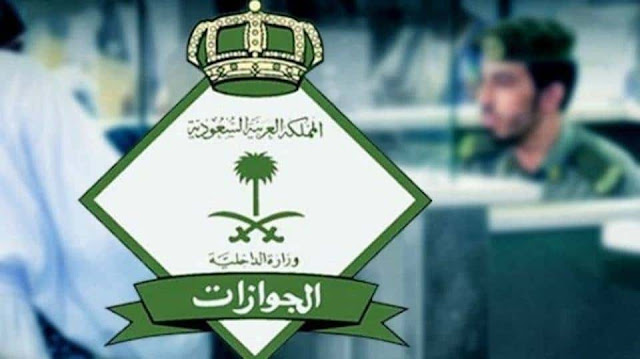 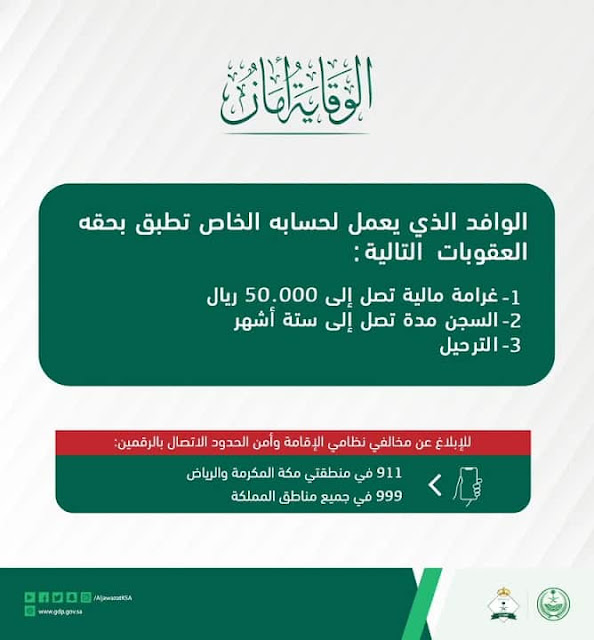