During the press conference, the spokesperson of the Transportation said that, "the percentage of passengers on buses, ferries, and economy class on trains should not exceed 50%."
- He continued and said, We continue to implement the preventive and precautionary measures against Corona on a daily basis, on buses, trains, and transportation application vehicles. Most Viewed : Ministry of Health reveals the date of returning to normal life in Saudi Arabia
- He explained that all facilities licensed to engage in transportation activities must stick to all preventive measures approved by the Public Health Authority, calling for the necessity of wearing a mask throughout the journey in public transportation.

- The Saudi Transport General Authority confirmed that vaccination with two doses is a condition for using public transportation in the Kingdom, starting Today (10th October, 2021), with the exception of cases that are exempted to receive the vaccine according to the health status of Tawakkalna.
- The official spokesperson of the Ministry of Transportation stated that there are more than 75,000 daily users of transportation services in the Kingdom, he pointed out that public transportation includes taxis, buses, ferries, and trains. Recommend : Ban from boarding flights for those who did not received 2 doses of corona vaccine
- Al-Zuwaid revealed that last month (September), the Ministry of Transport carried out over 90,000 periodic inspection visits and detected 145 violations of precautionary and preventive measures. 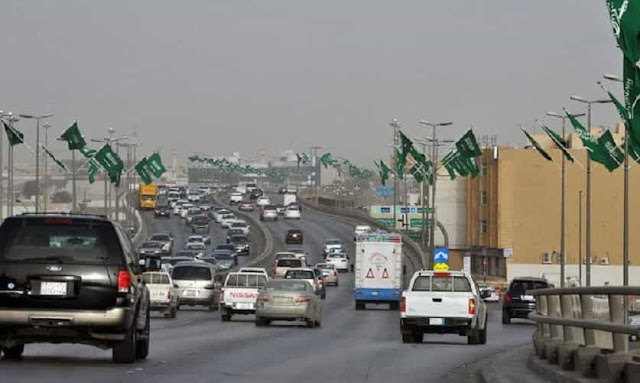 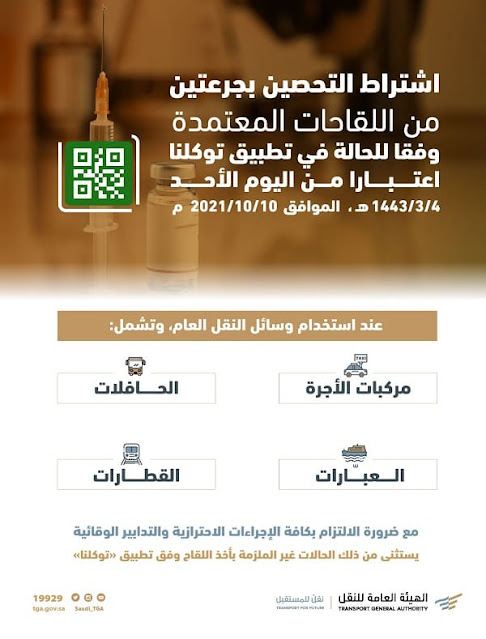