2 conditions for Expats to get a Public Driving License, 4 wrong behaviors when road is congested

Two conditions for Expats to get a Public Driving License, 4 wrong behaviors when road is congested

Saudi Moroor explained it through Twitter, in response to a question from one of the resident expat, that "non-Saudis may get a general driving license, or a license to drive public works vehicles, given that the license must match the title of his profession, and the iqama must be valid."
- Earlier this, the Moroor explained that in order to get a private driver’s license, the applicant is required to complete 18 years, not to be convicted by a court ruling of drug use, promotion or possession, safety from diseases that hinder driving, passing a driving test, paying fees, and paying fines, if any, and for non-Saudis, requires regular residence. Trending : A new service from Ministry of Hajj and Umrah in Tawakkalna and Eatmarna applications
- On the other hand, Traffic department revealed 4 wrong behaviors when the road is congested, explaining the need to follow traffic regulations on the road.

- “The driver of the vehicle, in traffic jams, must follow the traffic regulations on the road, in order to reach his destination safely,” and the 4 wrong behaviors were as follows:
1. Navigating from one path to another.
2. Not leaving a safe distance.
3. Abuse of vehicle horn. Recommend : Fine and imprisonment for tampering Saudi currency
4. Overtaking from the shoulders of the road. 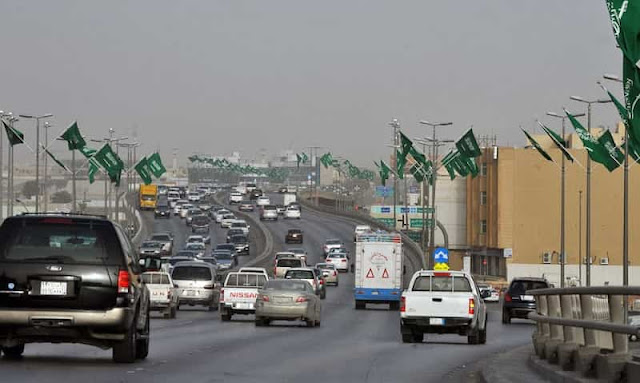