The Deputy Minister for Preventive Health and the Infectious Diseases of the Ministry of Health, Dr. Abdullah bin Mufreh Asiri, sent a message to 2 million Saudi citizens and resident expatriates in the Kingdom.

He said that the current wave of Corona in Europe is caused by the low coverage of the vaccine, especially in the east of the old continent.
- He explained that about 2 million citizens and residents of 12 years and above have not yet received the second dose, calling them, "To come forward and get the second dose of any approved vaccine, be a reason to complete the last mile of this hard journey." Trending : Employers in Saudi Arabia pays 7 things of expat worker until the end of the employee contract
- Dr. Asiri, revealed earlier that the Kingdom will launch a huge program to immunize girls between 9 and 13 years with the HPV vaccine.

- Today (On 11th November), Saudi Arabia recorded 43 new corona infections, 51 recoveries and 2 deaths in the past 24 hours, Bringing the total corona cases in the Kingdom to 549,103 of which 538,100 recovered with 8,809 deaths.
- Corona active cases in the Kingdom slightly falls to 2,194 of which 46 are critical. In the past 24 hours, the Ministry of Health performed 42,741 corona tests, so far more than 30.75 million (30,759,221) corona tests since the beginning of the pandemic. Read : Full capacity of vaccinate people allowed at parks, beaches without social distancing in Saudi Arabia 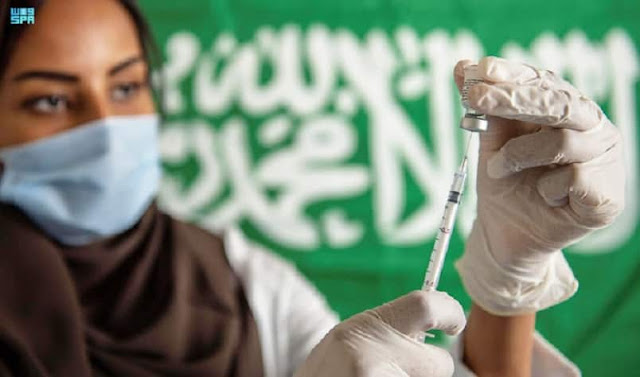