Adding a service of issuing Umrah, Prayer and Visit permits for those coming from Abroad - Hajj Ministry

Adding a service of issuing Umrah, Prayer and Visit permits for those coming from Abroad - Hajj Ministry

The Ministry of Hajj and Umrah in Saudi Arabia, in cooperation with the Saudi Authority for Data and Artificial Intelligence (SDAIA), announced the addition of a new service that allows pilgrims coming from outside the Kingdom to issue permits for  performing Umrah and Prayers in the Grand Mosque and visit to the Prophet’s Mosque in Madina.

The Ministry highlighted that the service is effective on the two applications “Eatmarna and Tawakkalna.” After registering on the "Quddum" platform, and arriving in the Kingdom.
- The Ministry of Hajj and Umrah and SDAIA invited all the users of the "Eatmarna and Tawakkalna" applications to take the initiative to update the application from Google Play or App Store or App Gallery or Galaxy Store. Trending : Saudi Arabia allows expats to invest in real estate funds in Makkah and Madina
- Last week, The Public Security in Saudi Arabia reminded about a fine of 10,000 riyals for those caught coming to perform Umrah without getting a permit, and a fine of 1,000 riyals for those who try to enter the Grand Mosque in Mecca to perform prayers without a permit.

- The Public Security said, “In implementation of the precautionary and preventive measures to confront and prevent the spread of the Corona virus, and to ensure stick to the application of the preventive measures approved for performing Umrah and prayer in line with the safe operational capacity in all sites in the Holy Mosque and its courtyards.”
- “The guest of the Rahman, in the interest of your health and safety, the instructions regulating Umrah and prayers at the Grand Mosque require booking a prior appointment through my application, ‘Eatmarna and Tawakkalna.’” advised the Public Security of Kingdom. Recommend : An important warning from Riyadh Municipality regarding Public parking 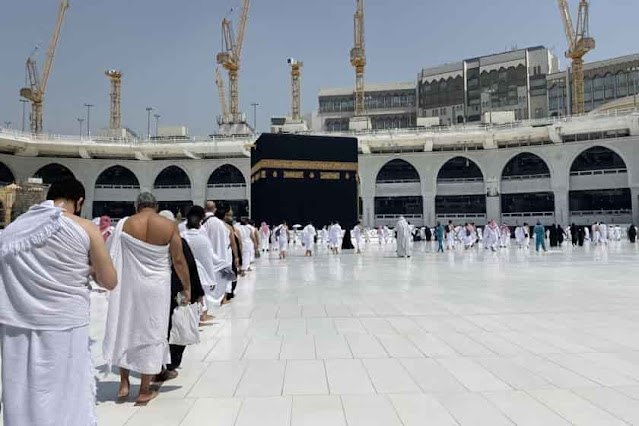