Saudi Arabia's Active Corona cases slightly increased to 2,293 of which 52 are Critical

Saudi Arabia's Active Corona cases slightly increased to 2,293 of which 52 are Critical

The Ministry of Health in Saudi Arabia announced the registration of 42 new infections with the emerging coronavirus in the Kingdom, during the last 24 hours, Which brings the total infections to 548,890 in the Kingdom.

The health ministry also recorded 33 new recovery cases from Covid-19 , bringing the total number of recoveries from the virus to 537,794 and registered one death, bringing the total number of deaths since the start of the Corona pandemic until now to 8,803.
- Corona active cases in the Kingdom reaches to 2,293 of which 52 cases are critical. In the last 24 hours, Health ministry performed 17,615 corona tests, so far 30,558,607 tests since the beginning of the pandemic. Most Viewed : No plans yet to remove 15% VAT in Saudi Arabia - Finance Minister
- According to the data of the Ministry of Health, the number of corona vaccine doses administered has increased to 46,288,357 doses, through more than 587 centers in all regions.

- The Ministry of Health said that among the doses given, 24.28 million first doses and 21.7 million second doses, noting that the number of elderly people who received the vaccine amounted to 1.7 million people and the people who received booster doses reached to 278,027.
- The Gulf Statistics Center stated that the number of corona vaccines given in the GCC countries exceeded 83.5 million, while the recovery rate from the virus in Saudi Arabia reached 98%. Recommend : Fines for allowing children to sit on front sit in a car in Saudi Arabia

- The Assistant Undersecretary of the Ministry of Health for Preventive Health, Dr. Abdullah bin Mufreh Asiri, revealed that the Kingdom will launch a huge program to immunize girls between 9 and 13 years with the vaccine.
- Earlier this week, the Minister of Health, Fahd Al-Jalajil, announced that the Kingdom had reached 70% of the vaccination rate with two doses of the Corona vaccine, highlighting the importance of everyone’s commitment to the appropriate precautionary measures at this stage and not to be careless in their application. Follow Saudi Expatriates on Instagram 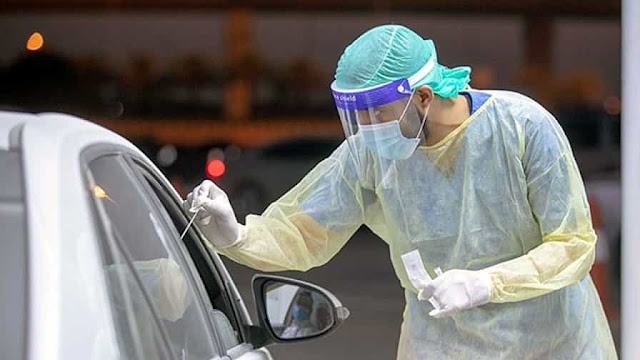