Saudi Arabia has arrested about 14,932 expatriates for violating the residency and labor laws and border regulations in various regions of the Kingdom within one week.

- The Security forces of the Kingdom also arrested 12 people who were involved in transporting violators and for providing shelters to them.
- The total number of violators, who are currently subject to punitive measures, accounted for 87,786 of which 78,581 are men and 9,205 are women. About 73,398 violators were transferred to their diplomatic missions to get travel permits for their deportation. Most Viewed : Mohammed bin Salman announces World's first non-profit city in Saudi Arabia

- Saudi Arabia's Interior Ministry has warned that anyone who caught facilitating anyone to enter the Kingdom in violation of the border security regulations or providing them transportation or shelter or any other assistance in any way, shall be punished with a maximum imprisonment of 15 years, a fine of 1 million riyals and the seizure of the means of transportation and the residence used for shelter, including naming and shaming by publicizing their names in the local media. Follow Saudi Expatriates on Telegram 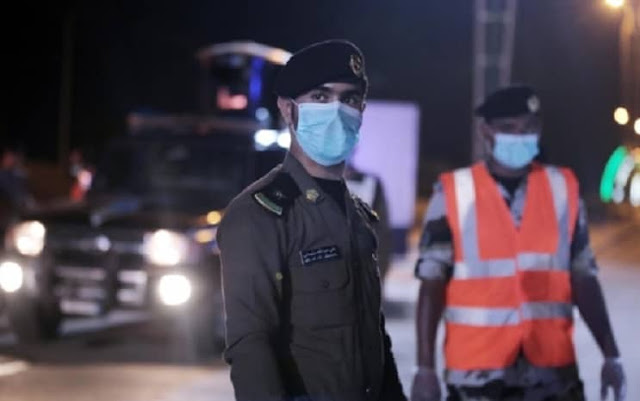 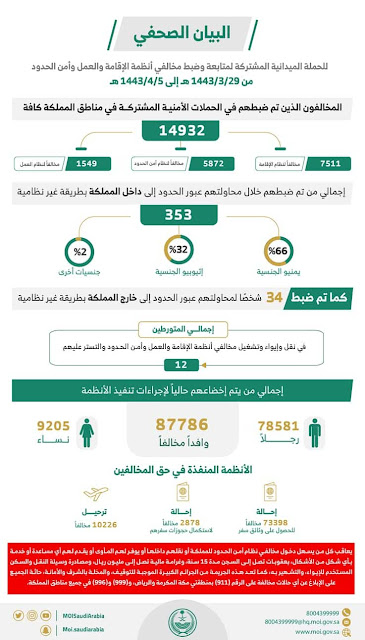