Saudi Arabia gifts Two Mosques to the people of Pakistan

Saudi Arabia gifts Two Mosques to the people of Pakistan

The King Abdul Aziz Mosque can accommodate more than 10,000 worshipers, while the King Fahd Mosque in Muzaffarabad can accommodate more than 6,000 worshipers, said Saudi Embassy.
- Both the mosques has spacious courtyards and have distinct designs, inspired by 2 mosques in the Grand Mosque in Makkah and the Prophet's Mosque in Madina. These 2 mosques were built by Saudi government as a gift to the people of Pakistan. Trending : No plans yet to reduce 15% VAT in Saudi Arabia
- Saudi Ambassador to Pakistan, Nawaf bin Saeed Al Maliki handed over the gift at a ceremony held in Islamabad, while Pakistani Minister of Religious Affairs Noor-ul Haq Qadri attended.

- Saudi Arabia and Pakistan enjoy historic and deep relations with economic military and cultural cooperation. These mosques also shows the depth of their religious and cultural ties.
- Al-Maliki said since the 2005 earthquake, Saudi Arabia has finished many welfare projects in affected areas including hospitals, houses, schools, water and sanitation projects. Recommend : Saudi Arabia's top big projects shaping Kingdom with billions of dollars
- Meanwhile, the Pakistan's religious affairs minister Noor ul Haq Qadri said "On behalf of the government and people of Pakistan, I am thankful for this kind act of the Saudi leadership". 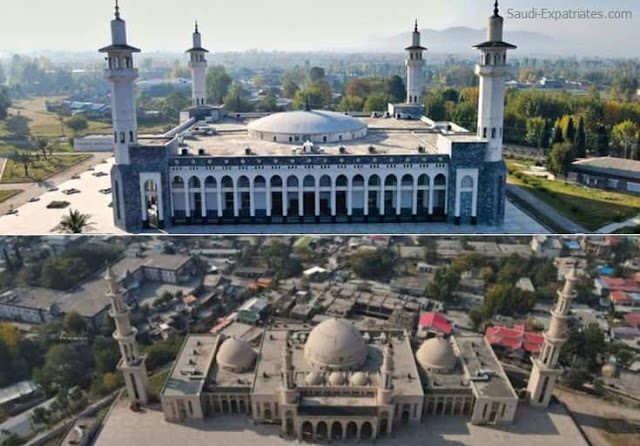