Citizens and Expats cheer the historic moment when the Kingdom, under the wise leadership of the monarch, enjoying all the fruits of victory over corona pandemic with life moving back to normal in almost every step of life.
King Salman with all his strength, determination and firmness, strive to achieve the well-being and prosperity of his nationals through a massive development drive all over the Kingdom. In turn, citizens reciprocate with their love and loyalty as they gather behind his wise leadership. See Also : 5 advices on booster dose of Corona vaccine - Ministry of Health
- On the occasion of the 7th anniversary, the Saudi nationals remember the tremendous development and prosperity that pervaded the Kingdom of Saudi Arabia in all its steps of life, the great course the Kingdom has achieved to become a world leader, especially after its assumption of the Presidency of the G20 during the Corona pandemic.

- On this day, the world is witnessing Saudi Arabia as one of the most strong countries in fighting the pandemic with its bold, systematic and swift action and coordinated global response and preventing a far worse crisis at home and around the globe.
- In King Salman's reign, Saudi Arabia has witnessed mega development projects in various areas of economy, education, health, society, transportation, telecommunications, industry, electricity, water and agriculture. Placing the Kingdom in the list of top developed countries of the world. There are many outcomes including initiatives, orders and projects. Recommend : Saudi Arabia allows renewal of Iqama quarterly
- Under the leadership of King Salman, Saudi Arabia has proved its strength and achieved 70% immunity in people who completely received 2 doses of vaccines against Covid-19.

- All the Gulf countries including Kuwait and Bahrain congratulated Custodian of the Two Holy Mosques King Salman bin Abdulaziz Al Saudi on his 7th anniversary of Accession to Throne and praised the brotherly and historical relations between their countries. Follow Saudi Expatriates on Whatsapp 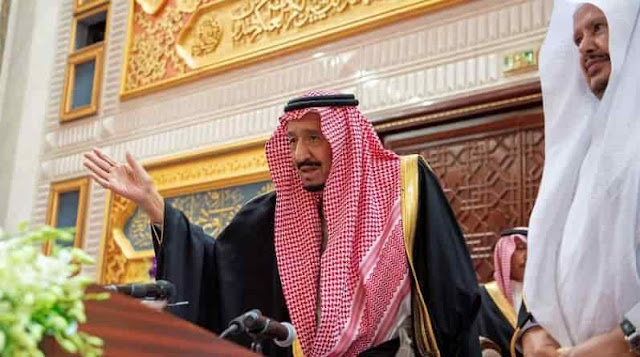