Today, the Ministry of Health in Saudi Arabia announced the registration of 44 new corona infections during the past 24 hours, Which brings the total number of corona cases in the Kingdom to 549,192 cases. Like and Follow Saudi Expatriates on Facebook

The Ministry also reports 41 new recoveries and 1 death in the last 24 hours, raising the total recoveries in the Kingdom to 538,201 and deaths to 8,811.
- By this, the active corona virus in the Kingdom slightly raises to 2,180, in which 51 cases are critical, after a decrease of 2 cases since Yesterday. Jeddah tops in active corona cases with 286, Riyadh with 145, while Madina has 93 active corona infections. Trending : Free entry to Boulevard Riyadh City for those who are below 12 years
- The official statistics from the Ministry of Health shows it has administered over 46.65 million (46,654,595) doses of Corona vaccine all over the Kingdom through its 587 vaccination centers. In which 305,680 are the booster doses (3rd dose to those who passed 6 months after taking 2nd dose).

- The Ministry states over 21.96 million (21,964,945) people received two doses of vaccine against corona virus, while 24.38 million (24,383,970) people received first dose and the elderly people received over 1,709,389 doses of vaccine.
- The Ministry of Health advised everyone to contact the 937 call Center for Consultations and Inquiries around the clock, to get health information and services, and to know the latest developments on the Corona virus. Recommend : Adding a service of issuing Umrah, Prayer and Visit permits for those coming from abroad 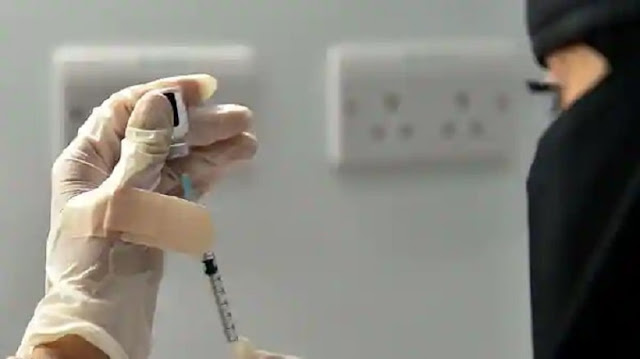