In order to activate the royal order to use the full capacity of the Grand Mosque, to improve the smart applications in the Two Holy Mosques and to use their latest applications to serve the pilgrims and worshipers, the service of booking Tawaf (circumambulation) at the Mataf for non-pilgrims will be available soon with full capacity and precautionary measures soon.

Similarly, the reservation service for arrival at the black stone, Yemeni corner and praying at Hajar Al-Aswad will be organized through approved applications soon.
- The first floor and the second floor of the Grand Mosque in Makkah is allocated for Tawaf (circumambulation) for non-pilgrims beside prayer timings. The first floor of the Masjid Al-Haram is being prepared to receive large numbers of non-pilgrims, provided that this will be available by the end of next week.
- Tawaf icon has been added in Eatmarna and Tawakkalna applications, in order to allow those who wish to perform Tawaf around the Kaaba outside the prayer times through that Tawaf icon, of which permit can be taken from the Eatmarna and Tawakkalna applications. It is mentioned that there are multiple icons for the Prophet’s Mosque, “Prayer in the Prophet’s Mosque and prayer in the Rawdah Al Sharif.”

- The Presidency of the Two Holy Mosques is working with all relevant authorities to provide the finest services to visitors to the Two Holy Mosques in order to achieve the aspirations of the matter while implementing precautionary and preventive measures to prevent the spread of the Corona virus.
- Recently, Saudi Arabia had announced allowing the use of the full capacity in the Grand Mosque with responsible workers and visitors to wear a mask at all times in all the corridors of the mosque, and continuing to use the “Eatmarna or Tawakkalna” application to take the permits of Umrah and prayer to control the numbers present at the same time, in addition to allowing full use The capacity in the Prophet’s Mosque, with workers and visitors obligated to wear a mask at all times in all the halls of the mosque. See Also : Tawakkalna excludes two non-immune groups from institutional quarantine on a condition 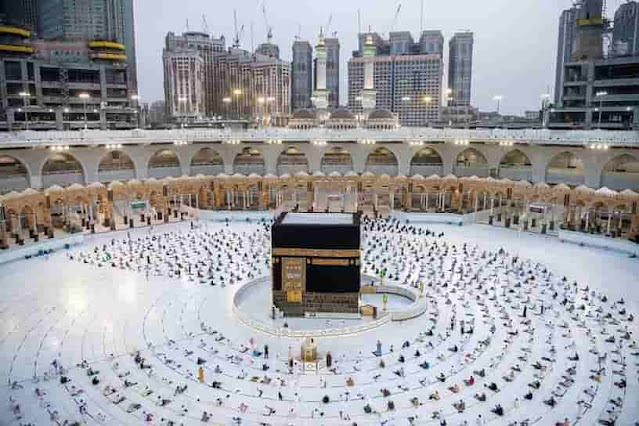